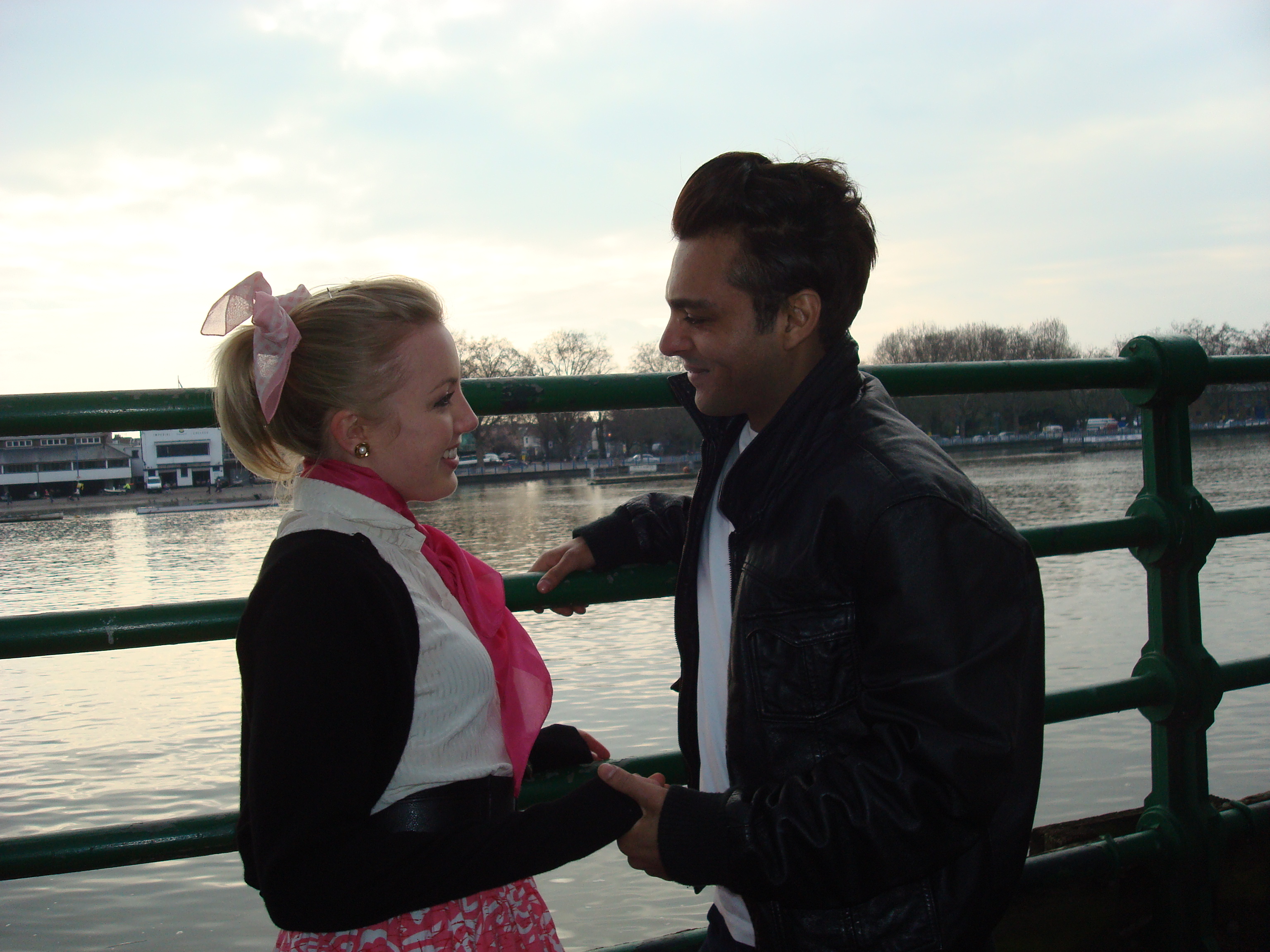 About the film
With Marjorie Gone grew out of a previous film I made with the drama class I teach for students who are over 50. That earlier film was adapted from Miss Threadgold, a play that one of the students, Pat Calder, wrote specifically for the class about a middle aged Asian man, who arrives at a retirement home claiming to be the new doctor. But his real purpose is to find his mother, who abandoned him as a baby and deserted his father. It is an education project demonstrating what older learners can achieve and is targetted at older audiences, teachers and other professionals in the older learning field.

When adapting the play into a screenplay, I introduced two new characters – Marjorie Threadgold as a young woman and her husband, who appear briefly in flashback. Having completed the film, I wanted to find out more about these characters and what it was in the childhood of “The Doctor”, now Sajid in With Marjorie Gone, which created the man we see in Miss Threadgold? Why did Marjorie desert her husband and baby? How did the couple’s initially passionate love turn sour? What is it about young Sajid’s relationship with his father Nizam that causes him to react in such an extreme manner, when as an adult he finally confronts his now elderly mother? I also wanted to work again with the two talented young actors I had cast in the first film and explore their characters with them in more depth.

I have also always been fascinated by J. W. Dunne’s theory of all time being ever present, as explored in J.B. Priestley’s play Time and the Conways. When Nizam in 1965 recalls his courtship and marriage to Marjorie and when older Sajid remembers his young self in the park with his father and recalls his father’s death as he confronts his mother, those events are as real to them as their present. Are they in fact all still happening on an eternal time loop? And as we the audience, like the aeroplane flying over the river of time in Priestley’s famous analogy, see the whole story, as we move between past, present and future, we are aware of the sad irony of Nizam, wasting his own life and poisoning that of his young son, as he waits for the return of a woman, whom we know is never going to come back to him.